A Message From Catherine Choi, Founder of SoYoung A few years before I became a parent, and subsequently started SoYoung, I was unfulfilled in my career and had no idea what to do about it. My job, being in the financial industry, offered a measure of status and security that at least my parents could brag about. I had no other real skills that I could transfer to another field. Basically, I could leave my job but my only other options would really be to start at the bottom somewhere else in I had no idea what.

My then boyfriend (now husband) encouraged me to follow my interest, whatever that may be. I didn’t even know what I was interested in. So I started with Zen Shiatsu, studying with a Zen Buddhist teacher for a year. During that year, I found the courage to leave my job without being certain about what my next step was. For the next couple of years, I struggled, trying different things, never really feeling a fit.

Then I had my first child, Noah. While that was of course a huge event in my life, it was really the fact that my life was suddenly consumed with everything associated with having a child that gave life to the SoYoung line.  I had repeatedly found myself in the same frustrating situation of holding a squirming, crying baby in one hand while digging through my deep, dark cavernous bag trying to find my keys that gave me the epiphany that I was going to design a diaper bag.

But SoYoung is not about diaper bags, or lunch boxes or any product, for that matter. It is about inspiration and courage. It’s about having an idea and then, however scary, taking the next step and the next step, until it blossoms into a reality. And the self-empowerment that comes from this process.While we’re having fun here at SoYoung, it is certainly not roses day in and day out. But I now know that without struggle, we don’t grow, learn or assign meaning to much. What has meant so much has been connecting with others who are doing the same thing in their own way. Or maybe want to but don’t know how or are too scared. The question I ask myself is: If I don’t do what I’m scared of, how will I teach my kids to?

SoYoung creates lifestyle bags and accessories for modern families from its studio in Toronto, Canada.  Its mission is to add beauty to the everyday moments of parents' lives by elevating the design of essential items.

The company was founded in 2006 by Catherine Choi around a diaper bag concept, as she searched in vain for something that met her needs as a new mother. In 2010, the company launched its first collection of lunch boxes and cooler bags, which was expanded to include backpacks the following year. As the collection has grown, SoYoung has maintained a singular focus on creating beautifully designed products in natural fabrics that present a refined alternative to licensed cartoon characters and floral prints. 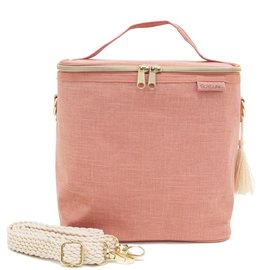 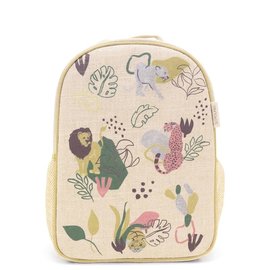 No Sweat Ice Pack by SoYoung 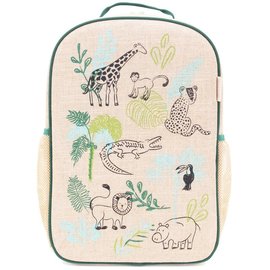